"The artifact", the artistic ascent of Florian Eymann

Maecene Arts supported Florian in 2015 during the event exhibition that we organized at the Contemporary Art Place "Le Garage" in Brive. A step taken in a museum location, followed in 2016 by his first performance in public at the Grand Hotel of Brive.

2019 was rich in solo international exhibitions in Berlin, Hamburg, London, Miami, Paris and at the Saint Liberal Chapel in Brive initiated by Maecene Arts in collaboration with the Labenche Museum. A promotion of his works in this historic place and its exceptional volume.

His artistic ascent continued in early 2020 with the exhibitions in New York and Miami. The American dream relayed by the press, the singer Marc Anthony acquired 12 paintings for $ 150,000. The enthusiasm for Florian Eymann was immediately confirmed in Europe.

When you work with Florian, you quickly notice his need to create, to progress in technique and to innovate.

Returned from the United States just before the global pandemic containment, he took advantage of his isolation to experiment a new concept. He's been thinking about it for several months.

Florian Eymann wanted to use his favorite medium on a new support, on mineral base.

Several long and delicate steps follow, the background facilitating the fixing of the oil, the drawing, the application of colors, the work takes shape under his brushes. 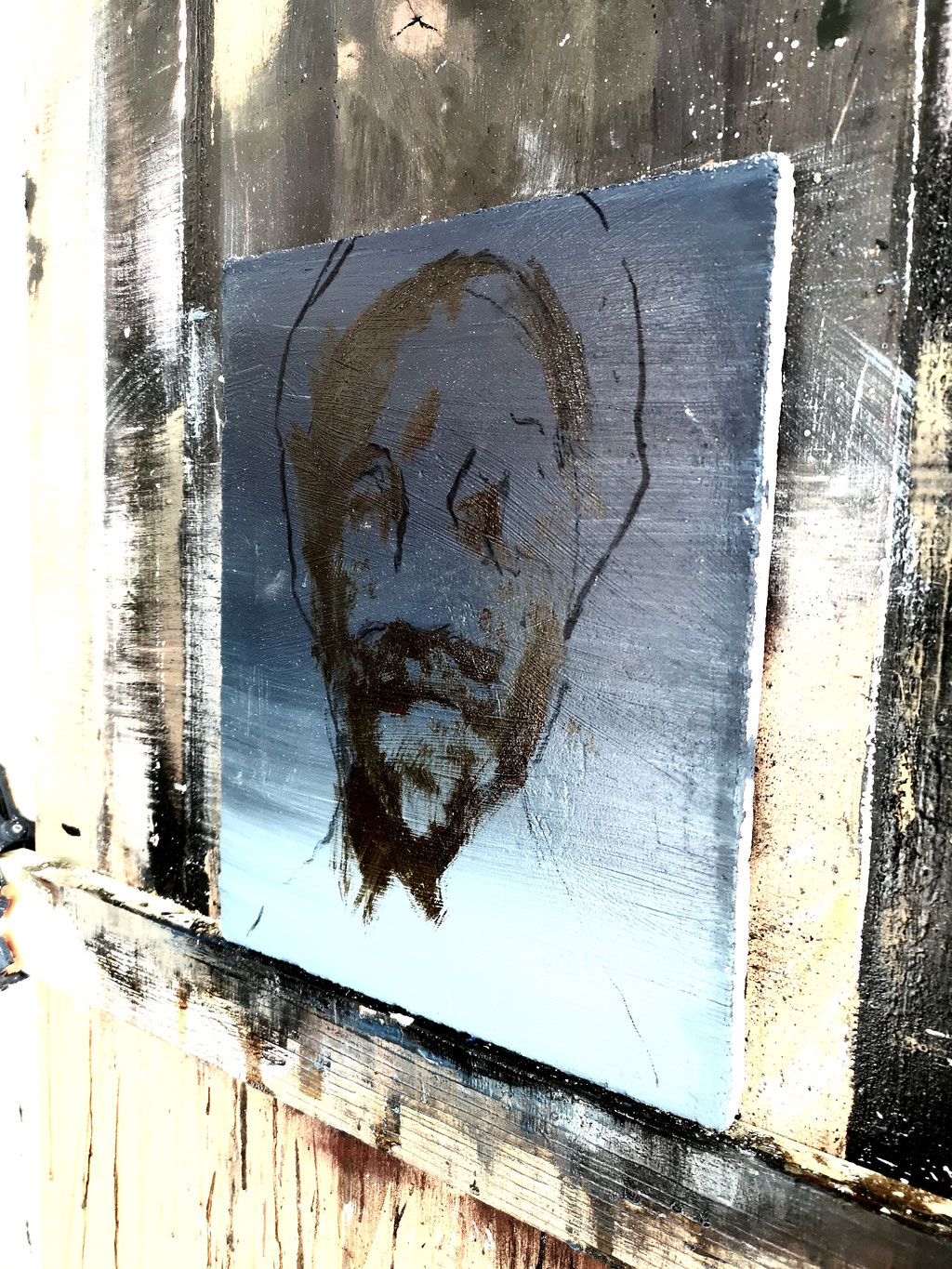 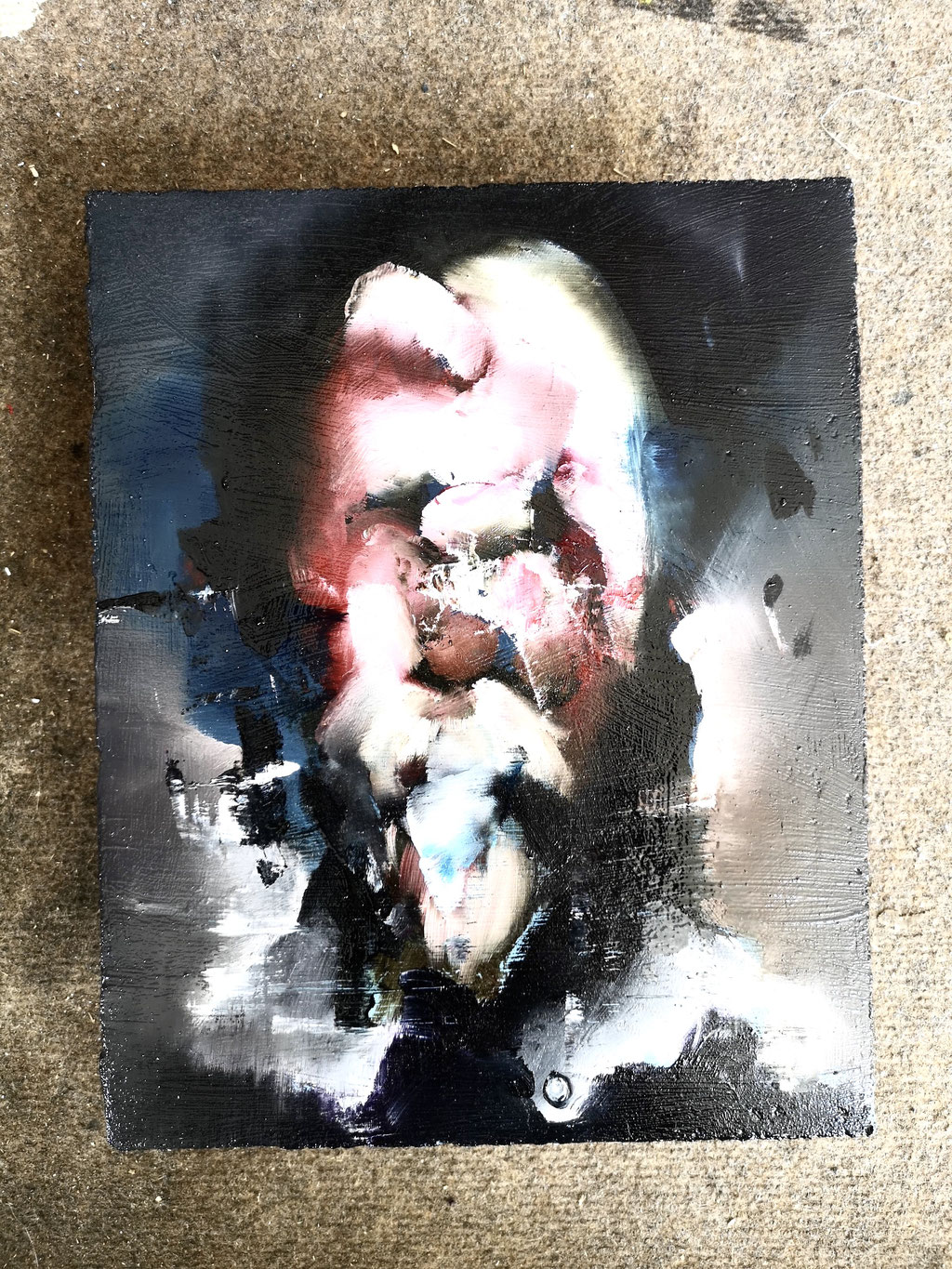 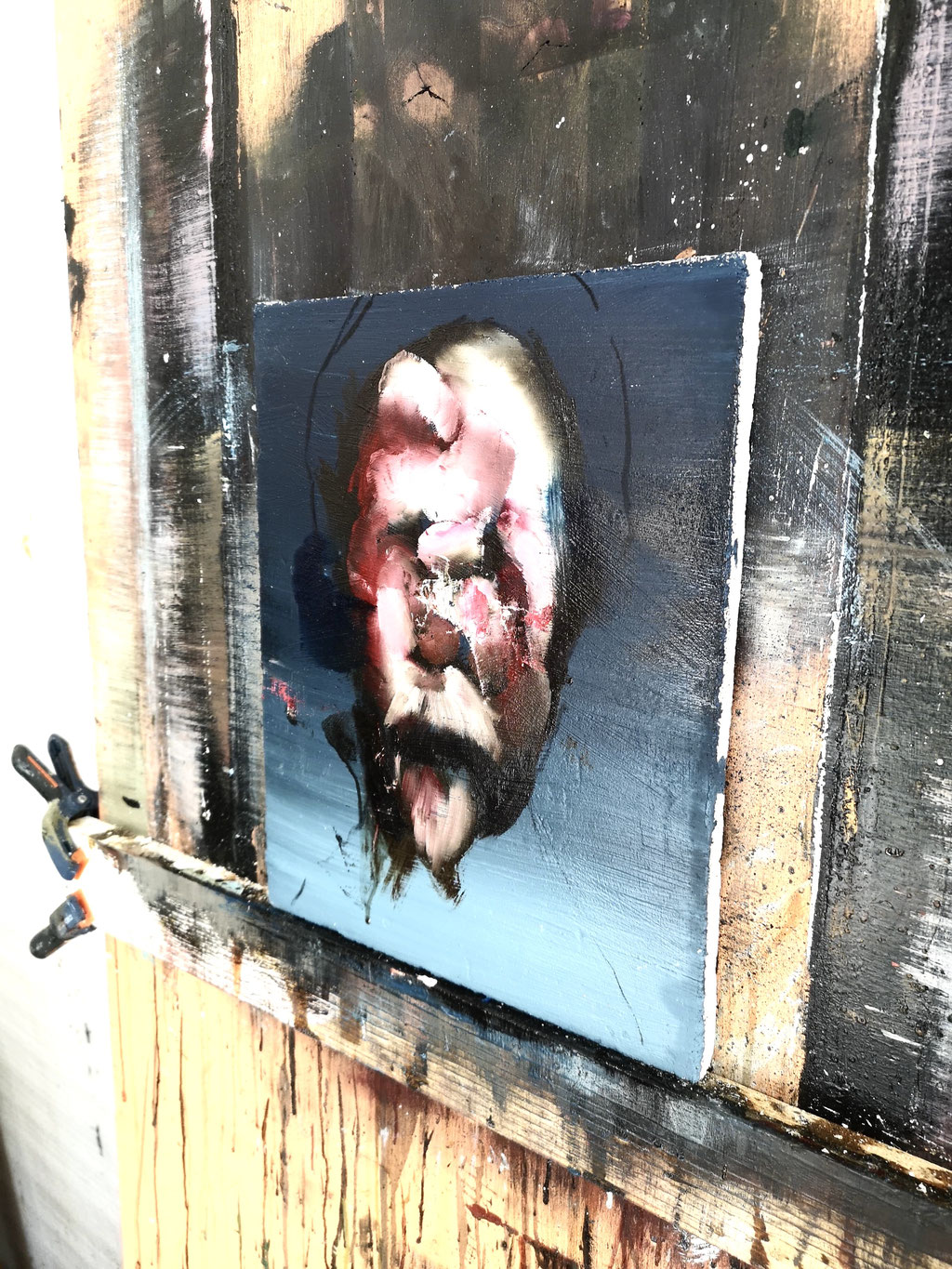 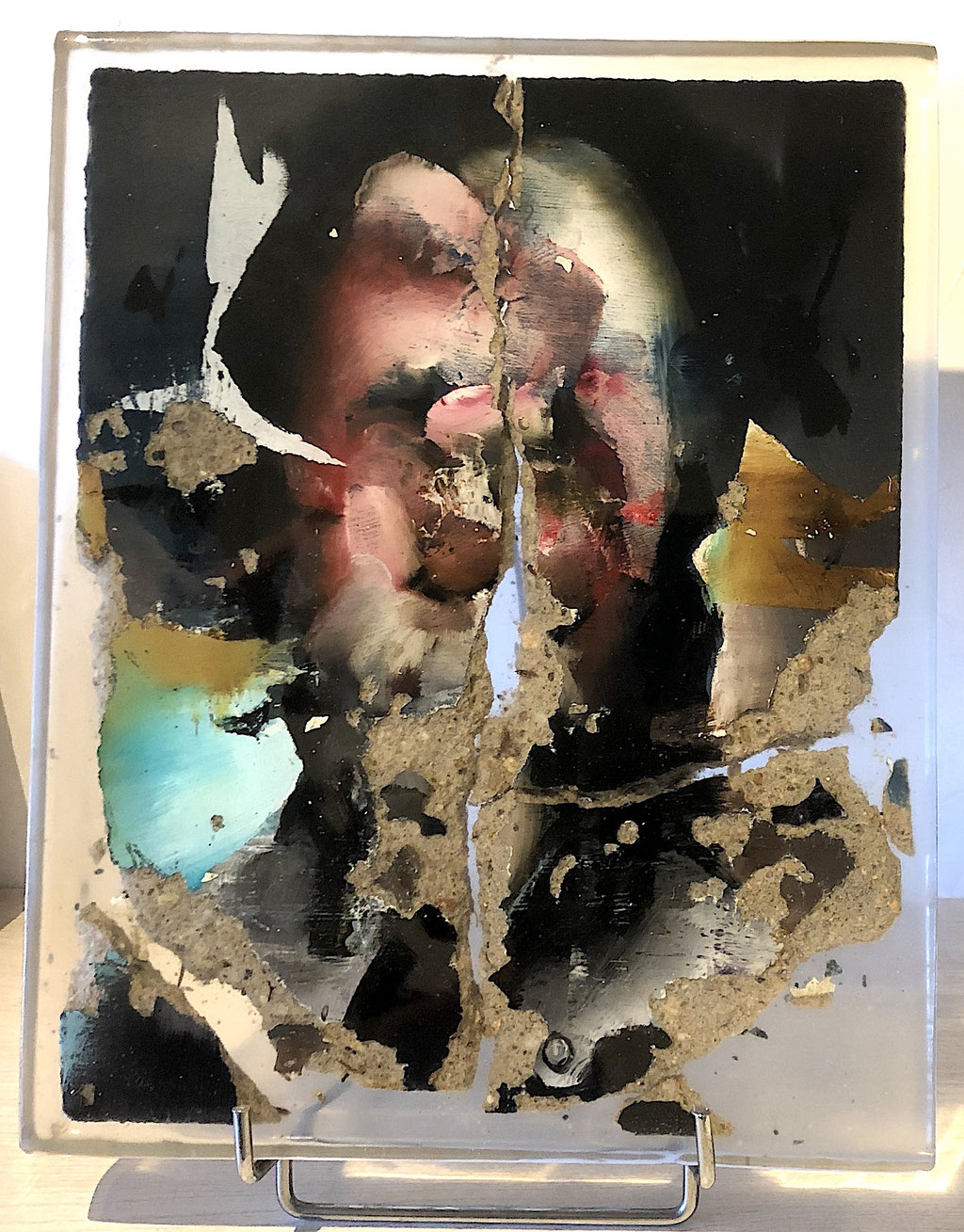 He begins the destruction of the accomplished, chiseling the stone, as an ancient fresco effect altered by time.

He ensures its posterity by freezing the pieces in the resin, presenting us the relic of a very current artist.

His new creations are already popular with collectors in galleries. These remains of frescoes, real artifacts, are sublime presented in sculpture. 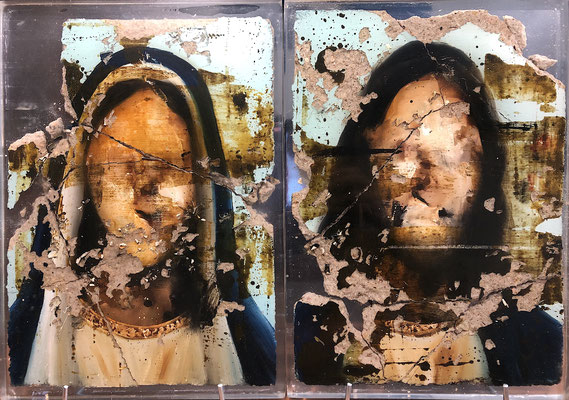 We are proud to support Florian, the artistic ascent of this young talent just begun, take date !